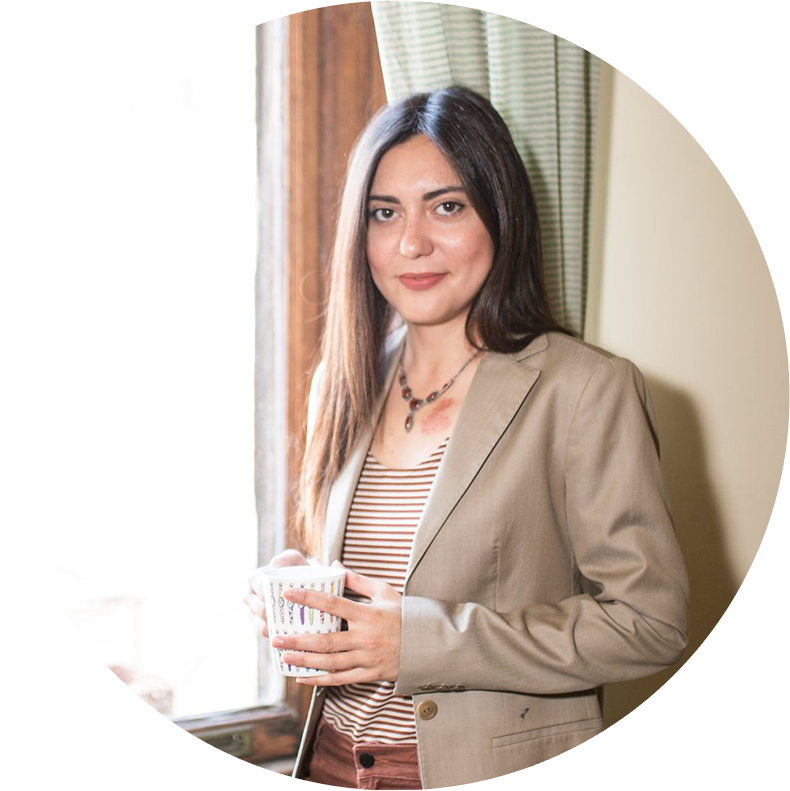 Yeşim Selçuk is a passionate clinical psychologist who splits her time between clinical practice, training, consulting, writing, and educational programs.

Due to her special interest in addiction treatment, she joined the "Addiction Prevention Studies Program" in 2008. Her role in the program included conducting interactive trainings with adolescents in schools and carrying out structured group sessions with small student groups on a variety of topics such as bullying and “Saying No”, with the purpose of educating students on addiction prevention techniques. Additionally, from 2009 until 2013, she gave voluntary counseling to adolescents between the ages of 15 to 21 and conducted structured family meetings within the scope of the "Young Spirit Project.”

Between 2010 and 2012, Yeşim successfully completed the "Addiction Treatment Training Program" at CAPA as an intern. As a part of her internship, she worked in the CAPA Addiction Service. During this time, Yeşim also worked as a psychology assistant in a private consulting center. Following the completion of her internship, she began work as a clinical psychologist at the Psychiatry Polyclinic of CAPA and conducted individual psychotherapy sessions with clients under the direction of her Professor of Addiction Service for both inpatient and outpatient. From 2013 until 2018, she worked with Professor Ayhan Kalyoncu at various hospitals and his private practice.

In 2016, she became an expert psychologist in inpatient service at Moodist Psychiatry Hospital, taking responsibility in many areas from the establishment of the service program to the provision of individual interviews and group/family meetings. She also led various training activities for the hospital’s internship program.

In addition to her clinical expertise, she has gained a great deal of experience as a psychologist, trainer, supervisor, and project coordinator in various projects concerning vulnerable groups such as youth living in the streets, child laborers, refugees, LGBTI+, and women.

Some projects include: The 2015 Youth-For-Youth Project, where Yeşim conducted interviews and gave trainings to economically and socially disadvantaged youth, their families, and their service providers. This was done under Maltepe University's Application and Research Center for Children Living and Working on the Streets (SOYAÇ) in collaboration with the Sultanbeyli District and was funded by the Istanbul Development Agency.

In 2015, she also worked as consultant for Sultanbeyli Municipality’s “Ben de Varım” Project. Yeşim developed the project, created the grant proposal, and was awarded a grant by the Istanbul Development Agency.

From 2017 to 2019, she was a field coordinator for the psychosocial support area at the Social Policies, Gender Identity and Sexual Orientation Studies Association (SPoD). She carried out various activities in the field of mental health of LGBTIs such as giving trainings, supervising hotline moderators and “Coming Out” group moderators, developing relations outside of the association, being part of the resource development team and project development team, and providing support for creating IEC materials.

During that period, she also worked as a project coordinator for the UNFPA-funded “Psycho-Social Support for LGBTI Refugees in Istanbul Project” of SPoD. She did general monitoring of psychosocial support activities of the project, gave individual psychotherapy sessions directly to the Syrian LGBTI refugees, especially GBV cases, and reported regularly to SPoD’s general coordinator and the UNFPA. In addition, she worked on improving relations with service providers in the refugee field by attending capacity-building trainings, events, and working groups, such as the Istanbul Refugee Friendly Cities Working Group and the Istanbul Protection Group of UNHCR.

Furthermore, she took part in preparing online training videos for lawyers in a project that was conducted by the Field Coordinator for Access to Law and Justice Area of the SPoD and supported by the Consulate General of Sweden. She created and appeared in videos titled “Basic Concepts of LGBTI Terminology” and “Discirimination, Hate Speech, and Hate Crimes.”

Between 2017 and 2018, she worked as the project coordinator of the SPoD in the European region of the “Key Refugee Project” which aimed to support vulnerable refugee groups to meet their vital protection needs and contribute protection services mechanisms. It was conducted by the SPoD, UNFPA, and other associations, and funded by the European Union Civil Support and Humanitarian Aid Office (ECHO). She provided support for the project application process of SPoD’s implementing partnership with UNFPA and cooperated with all partners for structuring the project steps. In addition, Yeşim was responsible for the establishment of refugee support centers, recruitment of employees, and preparing documents and training contents in the process of structuring the service units., SPoD’un Hollanda Başkonsolosluğu’nun MATRA Programı desteğiyle yürüttüğü “LGBTİ Kapsayıcı Sosyal Çalışma ile Türkiye’de Toplumun Güçlendirilmesi Projesi” kapsamında SPoD açılma grubunun moderatörlerine düzenli süpervizyon ve eğitim desteği vermiş; LGBTİ’lerin ruh sağlığı alanına dönük eğitim, seminer, panel gibi çeşitli faaliyetlerde eğitmen ya da konuşmacı olarak yer almıştır.

From 2018 to 2019, she was involved in the “Strengthening Community in Turkey with LGBTI Inclusive Social Work” project, which SPoD conducted with the support of the MATRA program of the Consulate General of the Netherlands. She provided regular supervisions and trainings to the moderators of the “Coming Out” group of the SPoD. She attended panels as a speaker and gave some trainings as an expert in the field of LGBTI mental health. She also prepared educational materials and gave trainings to raise awareness for companies.

One of Yesim’s current projects is the “Cooking Up With Dialogue” project, which is designed and conducted by Yeşim and her educational colleagues under the ACT Academy's “A World Class Leadership” program. The project aims to increase community resilience, social cohesion, compassion, ecological connection, and life quality through dialogue and connection between women from different ethnic backgrounds by bringing them together over cooking and eating activities. It is funded by The Consulate General of the Netherlands and the implementation phase of the project continues with face-to-face and online group meetings.

Yeşim’s varied personal and professional experiences enable her to provide high quality, relevant, humanistic, and culturally sensitive services to people living and working in intercultural environments. She is one of the instructors at Sabancı University’s Gender and Women Studies Center of Excellence (SUGENDER). She continues sharing her expertise by providing trainings and seminars at educational institutions, associations, and NGOs. She has also been an instructor and supervisor at SPoD since 2017. Yeşim Selçuk continues providing psychotherapy sessions for teens and adults both online and face-to-face. In her psychotherapy practice, she adopts client-centered, humanistic, gender-sensitive, and eclectic approaches.